On the evening of 22 May 2021, the Nyiragongo volcano erupted in the city of Goma. The Volcano Observer of Goma (OVG) was unable to make an alert in advance which resulted in the eruption being a huge shock for the entire population, including the political and administrative authorities.

Goma is a bustling tourist city in the province of North Kivu, in the Democratic Republic of Congo. The city receives hundreds of tourists from all over the world and has more than 2 million inhabitants. Nyiragongo is one of the largest active volcanoes in the world and it last erupted in January 2002. After the eruption of 2002, the city of Goma was rapidly rebuilt by the efforts of the local community and this was a great source of pride for the whole country.

Nearly 20 years later and the volcano erupted again. It has been reported that more than 5000 households lost their homes in the lava flow and 14 people lost their lives, although none directly from the eruption or lava flow. On this occasion, the lava caused overland devastation in the northern part of the city, about 1.5km from Goma Airport. Smoke and dust filled the city and tremors shook the ground for days, as the unforeseen disaster plunged the city of Goma into crisis. 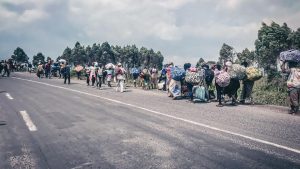 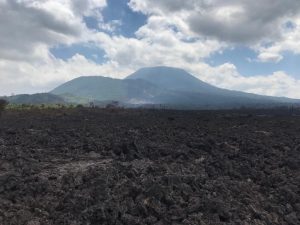 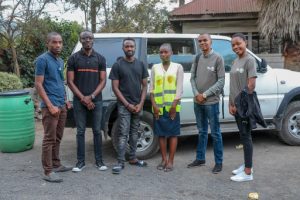 Photos left to right: People on the move in the process of evacuation; Set lava after the eruption, Mount Nyiragongo in the background; The Congo Tree team with members of Uhuru Knowledge Center.

The Congo Tree is not an emergency response organisation – our priority is to train and mentor young people in personal development, leadership and entrepreneurship through the WYLD programme. However, during this emergency, we knew that we needed to respond and could be the best people to do so. As we started our response, we saw our young people apply the lessons they learnt through our problem-solving sessions as they led their families in the crisis, and we received a lot of creative ideas from our young people on exactly how and where we should respond to what was happening in Goma. Our network of young leaders on the ground also meant we could help to identify areas that needed support that were missed by emergency agencies, and pass the information on.

On the night of 27 May, the authorities of the city of Goma asked the whole population to evacuate the city. The fear was that underground lava flow was heading towards Lake Kivu, to the south of the city, which contains large pockets of methane gas. If the lava and gas came into contact, the resulting explosion would be fatal on a mass scale. More than a million people left Goma and headed for the town of Sake, 28 km west. They were greeted with all the town could offer, and people filled community centres, churches and homes as well as setting up displacement camps, but without additional assistance from external agencies, food soon became scarce and cholera started to be an issue.

On site in Sake, working with our partner Uhuru Knowledge Center, we started to help distribute food in two Internally Displaced Persons (IDP) camps. For three days we gave food to more than 1000 people each day, every morning and evening. More than 30 young volunteers were available morning and evening to prepare and distribute food to these inhabitants of Goma. During this action we noticed the level of poor hygiene in these sites. With the support of our volunteers we quickly organised awareness sessions on how to keep the environment clean to fight against diseases when there are large groups of people in one space. For those stationed in schools, we gave each classroom resources to keep the environment clean (liquid soap, detergent for washing clothes, toilet paper, mops and buckets). 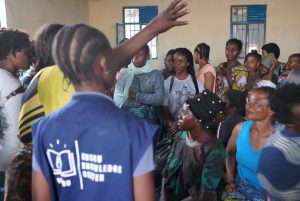 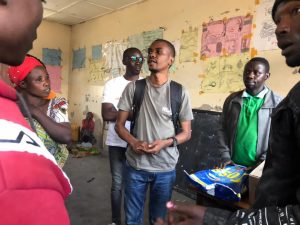 Upon realising that girls and women are the most exposed to diseases with the various infections, a team of our female young leaders and volunteers organised awareness sessions, for girls only, to talk about menstrual hygiene. They distributed sanitary pads to more than 600 girls who really needed them during this time, especially as they were on the move. Our initial actions influenced other organisations to support the local population in the city of Sake which led to an increase in activities.

Two weeks after the eruption of the volcano, the administrative authorities of the city of Goma asked the population to return to Goma because the lava underground had solidified. An estimated 5,000 households had lost their homes and had nowhere to return to. Without support, they faced in challenging conditions.

The Congo Tree team went to the village of Mutao and visited the MUGERWA centre. There we found 1500 people without support who lost everything in the lava flow (houses and fields).  We alerted other Non-Governmental Organisations to help this group of people and the response was quick. With 20 of The Congo Tree’s volunteers, we started by running a hygiene awareness session and provided products and materials to help maintain hygiene. We also distributed sanitary pads to 400 girls to aid in protecting against infections.

Additionally, we spent some time at the Kibati Health Centre, where we paid the hospital fees for patients in difficulty who were severely affected by the volcano eruption.

A bit closer to home, there were members of The Congo Tree youth whose families lost their homes in the volcano eruption. We identified 12 families who were really struggling and terribly affected and gave each household $75 to meet their urgent needs to start again.

We organised trauma support sessions with 120 young people who had been directly impacted by the eruption through our Tree of Life programme and an additional session on problem-solving. The session was an opportunity for us to give these young people the chance to express themselves and for them to understand what others have also gone through with this natural disaster. It was a moment for us to provide some form of psychological support to these young people. Our expectation is that each child that has been through the Tree of Life programme will have come into contact with at least 5 people, which means we will have indirectly reached at least 600 people in the community. For this project, we want to thank our partners Michelle Smith, and Lars and Anna Wolfswinkel (Global Grace Fellowship) in helping us conduct these sessions.

We want to say a massive thank you to all of the individuals that donated to our emergency fund and shared our posts during this period. The work still goes on and we are working on a number of projects to support the local communities. 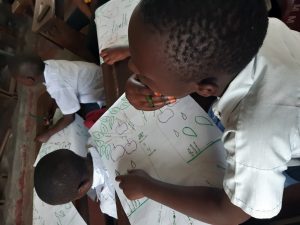 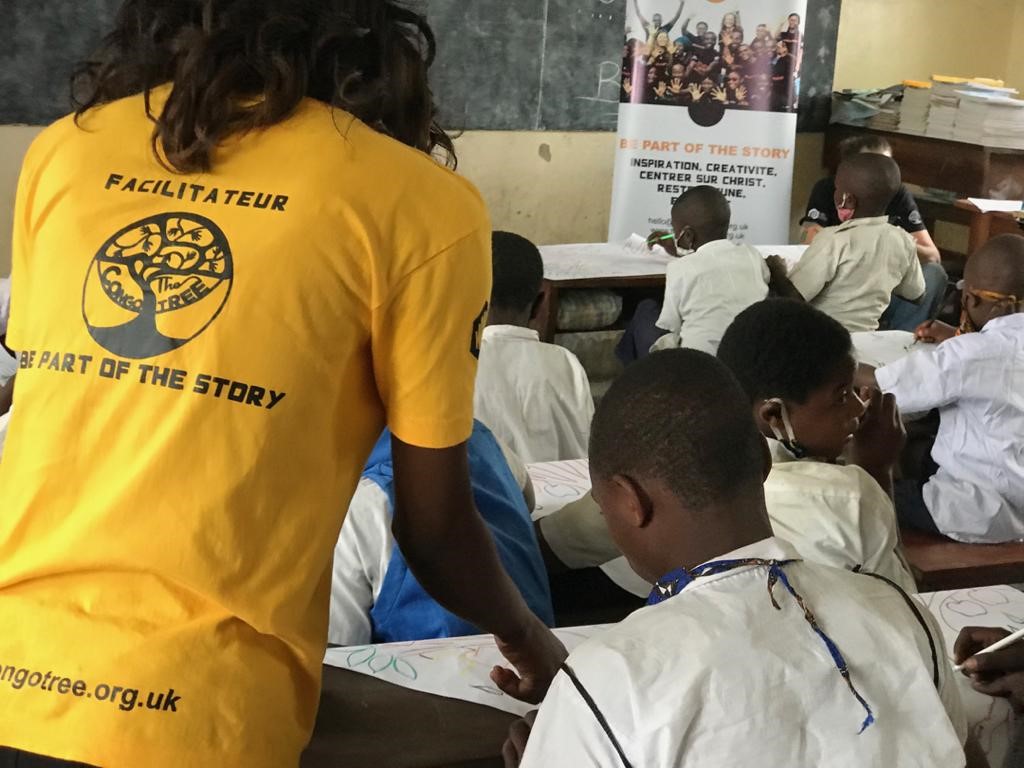 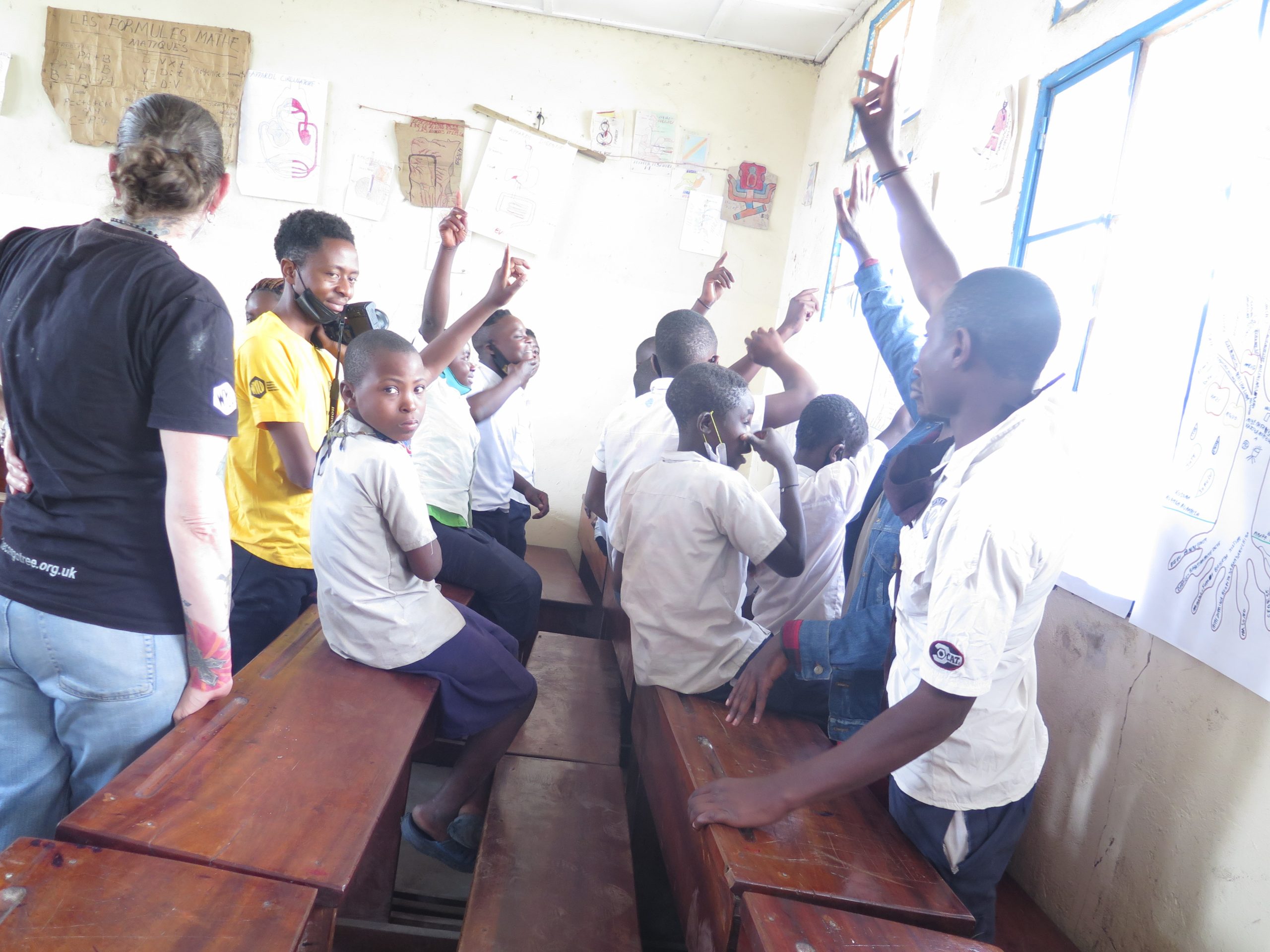 With the remaining funds, we initiated our Co-Working Programme, which gave young entrepreneurs the opportunity to present their ideas and for five teams to win 12 months of coaching and development for projects that had a social benefit, with specific relation to communities who had been impacted by the volcanic eruption. This programme began on 8th December 2021 and we will share the developments during 2022.