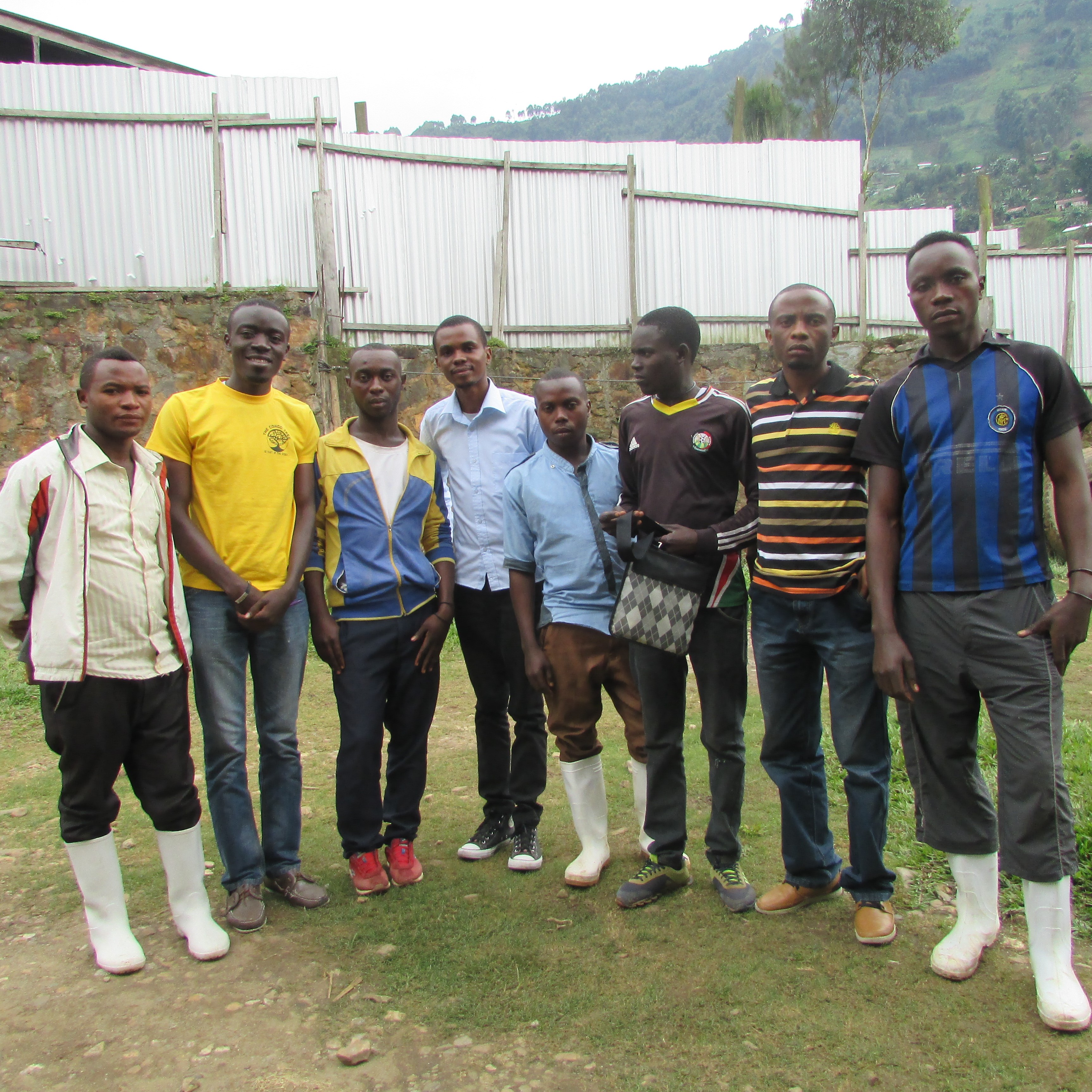 In 2014, The Congo Tree began to think about working with partners in the territory of Masisi in North Kivu, which is the source and epicentre of much of the conflict in the North Kivu province, and the home territory for some of our team. This conflict has had significant negative impact on the lives of the population of Masisi, overwhelmingly on the young people, many of whom have subsequently not been able to access schooling or training that would enable them to grow in their independence or develop an understanding and hope to bring about change.

In October 2014, we ran our WYLD programme with 12 young people who had recently been demobilised from armed groups, as a way of supporting their reintegration into communities and equipping them to live peacefully and effectively together. The initial training was a success, and all 3 enterprise projects were fully funded on the final day!

An increase in conflict in Masisi and the exit of our partners from the area meant that follow up was difficult: some partner staff remained in the area and checked in with the young leaders regularly so we got a few updates but we were unable to return to meet with the young men in person… until this year! 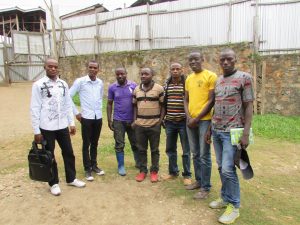 On the 3rd March 2017, Medi, Baby and Sage from our DRC Team journeyed to Masisi with two members of our partner organisation (HATD), to catch-up with the young leaders and to research the need and the possibilities to run further programmes in the area. We were so excited by what they reported, that we thought you would also like to hear!

We found that the young leaders have developed well and are practicing leadership in their respective places. They are fully integrated in the community and are in the process of continuing with their studies. We saw that the young leaders are actively influencing other young people around them with regards to teamwork and their capacity to resolve problems. We found some among them who are part of an association or club of young people, with the specific objectives or sharing ideas and supporting others to develop and reach their potential.

One example of this is Anthony*, who is currently the vice president of a group of inter-community (inter-ethnic) youth who are learning about living peacefully together. Anthony told us:

“Today, thanks to The Congo Tree, I have begun to assemble young people from other tribes in our territory to take part in development and cultural activities to create a peaceful cohabitation, because the tribal wars in our territory are based on under-development and poverty. I am now able to put myself confidently in front of a multitude of young people and influence them in a positive way.

Discovering your own skills is a big thing for a young person, and I want to say thank you to The Congo Tree for this. It is very important for youth because we under-estimate ourselves and it is often for this reason that we find ourselves in armed groups. However, with The Congo Tree we discover ourselves in a situation and opportunity where we must do bigger, better things for our community.”

Another young leader, Baraka* has succeeded at assembling 10 young people around him to work in agriculture for others and then to be paid to allow them to continue their studies, and their parents are very grateful to The Congo Tree. Baraka tells us that, since the training with The Congo Tree, he has felt transformed:

“I had pride, the taste of being in the army, the spirit of brutality and the taste of being alone, but with The Congo Tree I learnt to live in harmony with others and now I always want to work for the interest of the community”.

David* said similar: “The Congo Tree has been a huge benefit to me because before I wanted to be alone, I never had the taste to share but now I consider other people like my family and I believe that, in order to advance, I must support my friends.”

We have been really encouraged to see the impact of the training in the lives of the young people, particularly the difference from their situation in 2014 and today in 2017, and that there is truly a big change. Even their schools have noticed this.

Moses* is now spokesperson for the children of his school in the village Ngesha and it is well testified by the other young people and even the authorities in his school. He told us that,

“Since my time at training I came to understand my responsibilities because before I was a big disturbance in class, I didn’t have respect towards my teachers. Yet today I have become someone else and my behaviour within school has been able to positively influence class mates, and I am a spokesperson at school, I direct others in the right way to do things.” 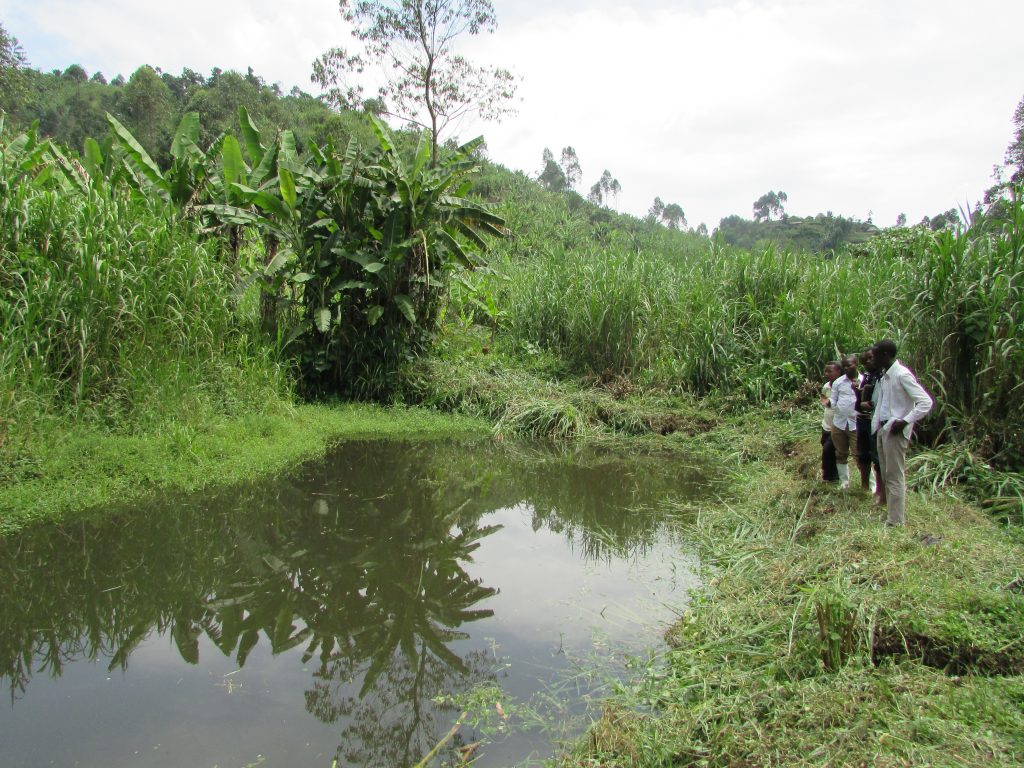 One of the projects set up by a group of the young leaders was ‘Project Pisicole’: a project of artificially hatching fish, breeding and rearing them to be a food source for the community. The group have done a brilliant job of overcoming difficulties together, and this is still ongoing with great success. This has had huge benefit for both the young people and their community, and requires much team work between the young leaders. The production of fish has been significant and with the revenue from selling the fish, all 4 young leaders involved (all of whom have no other means of financial support) have been able to pay their school fees and obtain the school materials for their studies. Now the group is eager to find a bigger space to expand their activities and in order to integrate more young people in these activities, allowing more young people access to the schooling they so desperately want.

*the names of these young leaders have been changed