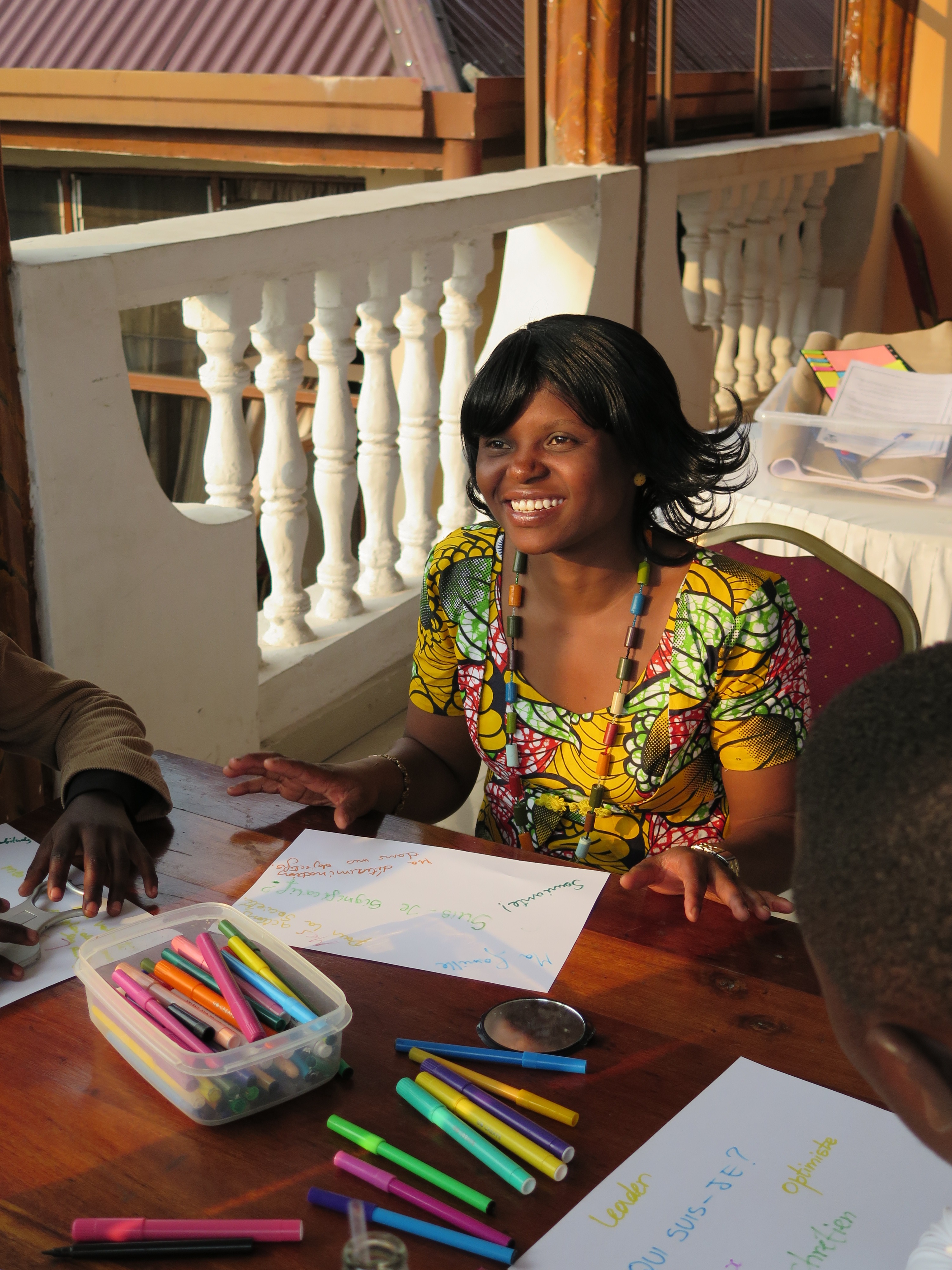 Liz graduated as a Young Leader with The Congo Tree last year, and has now trained as a facilitator with us! A while ago, we met with Liz and asked her to share some of her story.

Liz grew up in a Christian family, the sixth child out of seven. She told us that growing up in Congo was not too difficult for her family, although her parents were always trying hard to make ends meet and her Dad had to work away from home. During the years of war, they were not displaced like so many others, but they always had displaced people turning up at their home so they would welcome them in and take care of them as best as possible. The last time, they took in seven people for a number of months.

“The war stops everything: people can’t work, life is uncertain, we never know when it is going to start or stop. In those times, we live in fear”.

Liz was part of the WYLD Programme in Goma from April 2014. She heard about it through friends and was excited to apply. Liz told us that the training helped her to grow as a person:

“I learned a lot in the training, including how to give space to others to explore what they have learned, how we can work effectively in a group, and how to do things without suffocating the freedom of others. I learned to be able to appreciate different personality styles and this helps me understand other people. I also learned to share what I have in me with others because I know that we need each other, and I need to support other people.”

Liz really doesn’t like to see young people failing at school, particularly young people who are expelled simply because they can’t pay their school fees. She is inspired to help those that are younger than her to reach their potential and to “keep getting better and better!”

“I dream of being a useful person for the nation, with everything that God has given me, I want to change the world for the positive. I know that everything depends on determination and sense of purpose.”

Liz has already started living out this dream and, as well as being a facilitator for The Congo Tree, she is part of a number of youth-led organisations in Goma that try to support and encourage young people to change their mentality and get creative: She is a key part of OJAC (Organisation des Jeunes Artistes Chrétien), who get young people involved in the arts and advocacy. They even have a radio station and recording studio that generate funds for their activities.

“A few people have said that I have changed, especially my friends. My mum says that I have spirit of leadership that I have to keep nurturing.”

And the biggest change in her since being part of The Congo Tree?

“It gave me confidence!”