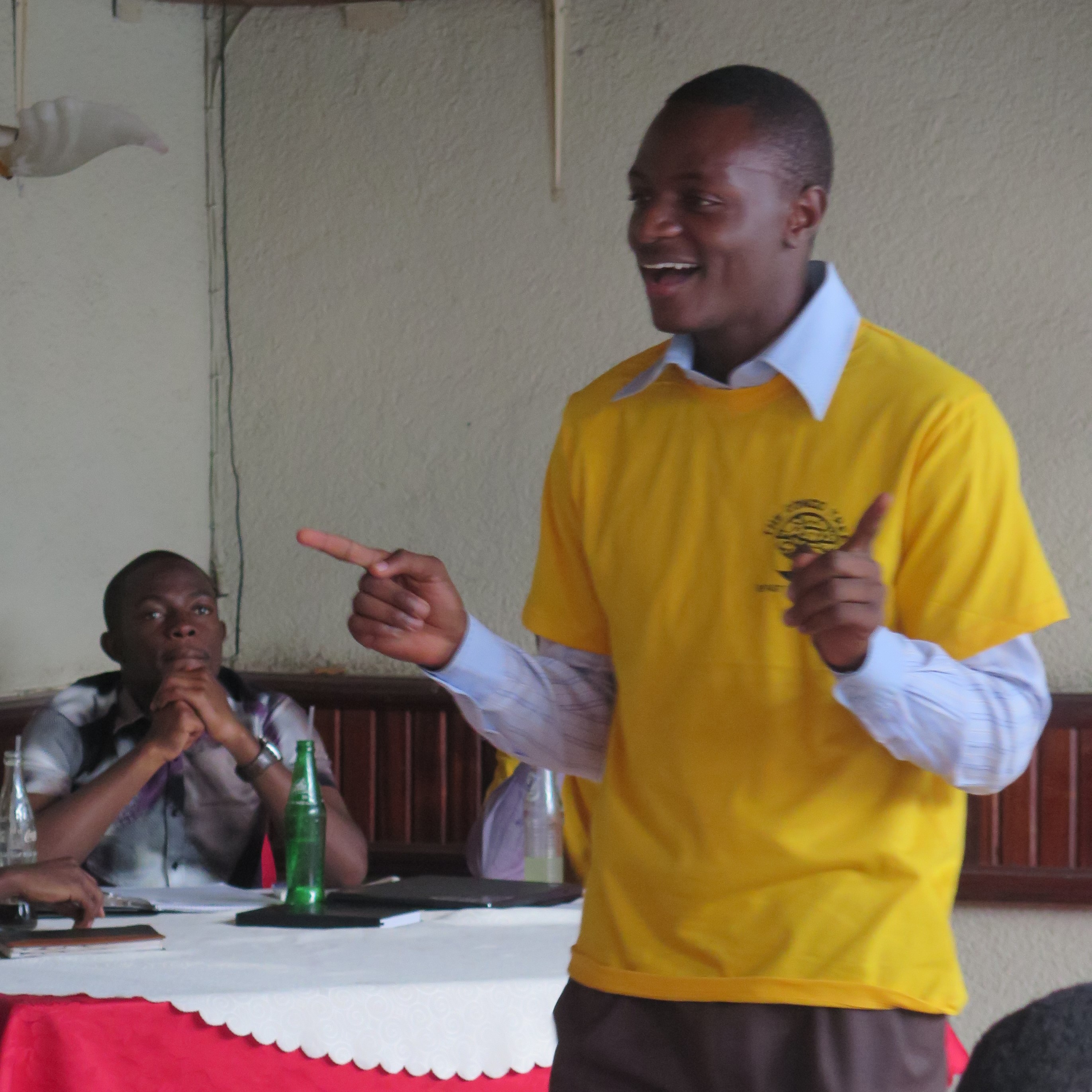 Focus on a Facilitator: Christian21st September 2017

Christian has been a facilitator with the DRC team for over a year now and, in September, he began his one-year internship as our Engagement Officer!

Christian holds a graduate diploma in psychology. He is one of eleven children and his parents are shopkeepers. He came into contact with The Congo Tree in 2014 through Grace, a fellow Congo Tree team member. He still has fond memories of his lessons with The Congo Tree on the different images of leadership – being a good servant, steward and shepherd – and on the values of The Congo Tree.

Before his time with The Congo Tree, Christian explained that he was very timid and that speaking in front of people was never his strong point. However, the training and experiences he gained with The Congo Tree has really helped his confidence, and he now says that everything has changed for him. The Congo Tree even inspired Christian to take on the role of Head of his school year whilst he was at university.  He told us that the people in his year have had a lot of encouragement for him and good stories to tell about him because of the way he exercised his leadership.

The experience of facilitating is something that Christian describes as extraordinarily important in his life. Facilitation has given Christian a thirst for knowledge, a spirit to search and experience, and a taste to serve others.

“When I facilitate lessons, it gives me the great advantage to understand twice as much because I get to learn it all again. Also, through being a facilitator, automatically my capacity has increased and I’m now not afraid to speak out when I need to.”

The Congo Tree has a team of around twenty volunteer facilitators who generously give up their time at weekends to run our WYLD training sessions and work in schools with Projet Ecole, as well as many other individual projects within their own schools, universities and churches. Our intensive in-house facilitation training is just the start of the role: new facilitators spend a few months practicing as a co-facilitator to someone with more experienced who can then support them with feedback. This is no easy task! We believe in pushing people out of their comfort zones, and new facilitators have to quickly overcome any residual fear of public speaking or leading a discussion group, but knowing that after the session is done, they can return to the safety of the team and a resounding cheer of ‘courage!’

The Congo Tree’s facilitation team are a source of inspiration, equipping and support for the hundreds of young people we are now working with, as they put their leadership skills into practice sharing the lessons they found so helpful themselves.

Christian believes that since he has reached an age of being able to join organisations and start out in the world of work, he has never seen such a competent, caring, courageous and friendly team as that of The Congo Tree. He says that,

“I feel like I am a part of the family with this team and I learn so much from the behaviour that they model to me.”

Christian dreams that his country, the DRC, will one day be a country that is blessed, strong, united and prosperous. Thanks to The Congo Tree, Christian says his vision for himself and his country has expanded, and he now has real hope to be part of the transformation he dreams of.