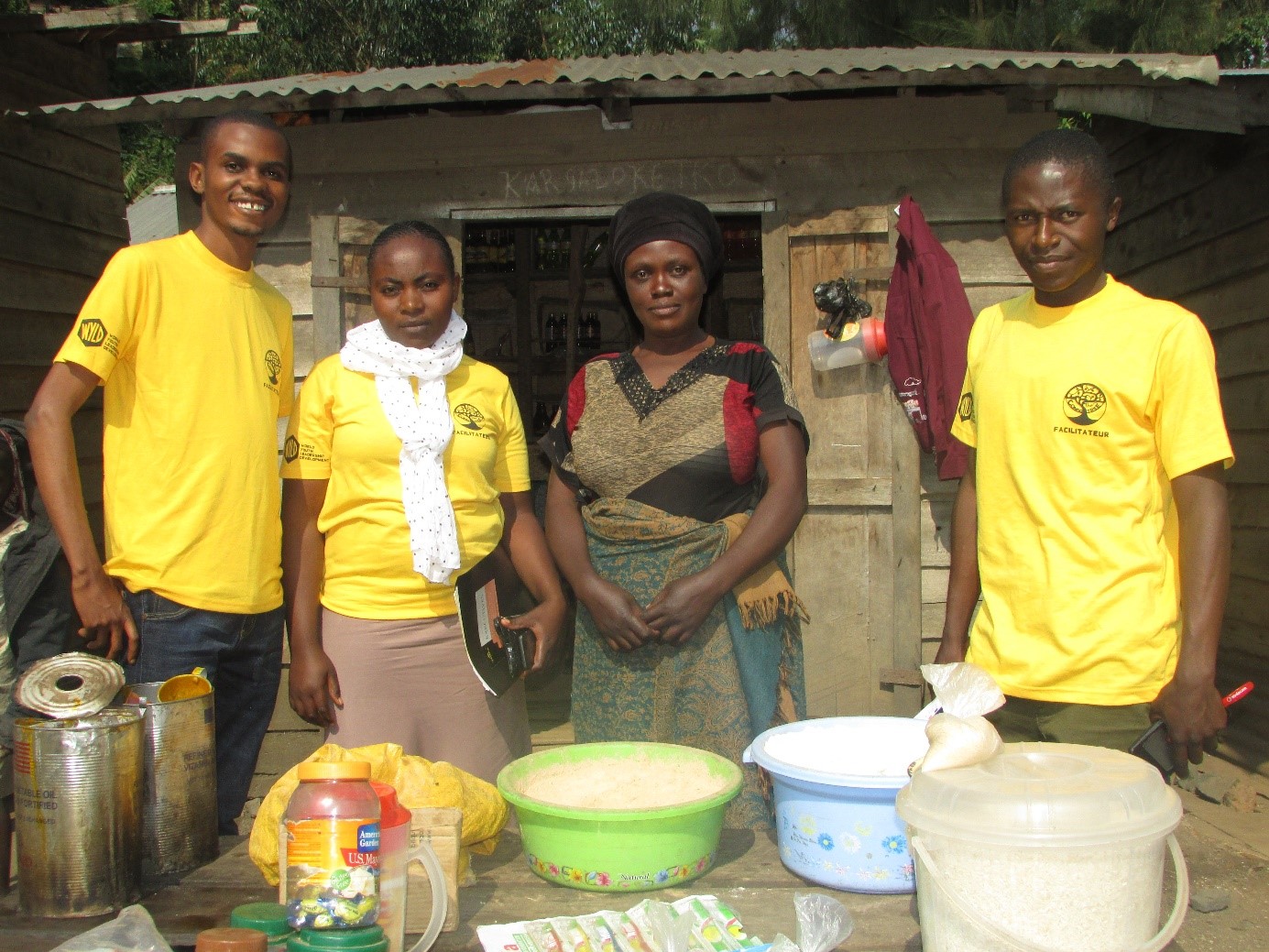 Masisi is an area in the east of the DRC, in the North Kivu province. It is an area that is known as much for it’s rolling hills and fertile soil as the violence and continued conflict in the area, which has had a hugely negative impact on the local communities and has kept people in both poverty and fear. Many from the community have been lost in the violence or to illnesses that come with this level of poverty. Men that survive often travel far from home in the hope of finding work. This has left many widows and vulnerable families trying to survive, and there are little to no opportunities for young people for personal development and work. Despite all this, we have seen many young leaders striving to revive hope in their community and step up as local leaders.

You might remember the fish pond project that was set up by our first WYLD Project in Masisi in 2015, to provide a food source to the community and fund schooling for the 4 young leaders running it: a project that was even more successful than we had expected! So we were hugely excited for the launch of 2 new projects set up by the young leaders from our current WYLD Programme in Masisi at the beginning of the year, and we have been really encouraged to hear of the impact so far… 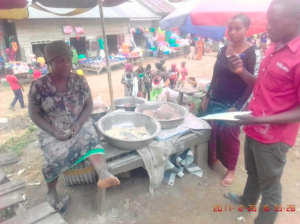 The aim of this project was to support vulnerable mothers who sell flour made from cereal grains (corn, rice or maize), and in turn support the families that they are providing for. Each mother was given a small grant to expand their business. The project also gave information to local nurses dealing with malnutrition so that they could educate women about the health benefits of these types of flour. 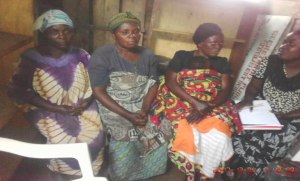 The project started by choosing 3 mothers, all of whom were widowed and had a number of children dependent on them. Each mother was given $30 each and they could decide what to use this money for; whether more or better quality stock, or travel to a better sales location. Each week, a small amount was to be paid back to the young leaders until the $30 had been repaid – this meant that most of the ladies could repay the loan in around 3 months. The mothers could then keep all of the profits she made to support her family and the $30 that was collected from repayments could be given as a new microloan to another mother.

One beneficiary, Maman Sylvie, said: “We are truly grateful to these young people who have thought of us and brought us this money in order to grow our business and support our families’ needs. We don’t want to be women who wait for help from NGO’s but we want to be get started on our own activities to prove we are capable and to move forward. Thank you for the leader of these young leaders and may you continue to do more.” 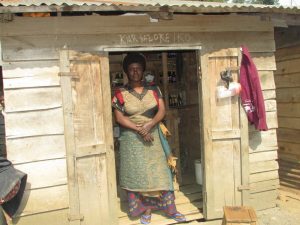 Bahati is one of the beneficiaries of the flour project. A widow and mother of 9 children, Bahati is in the process of establishing her enterprise so that she can provide food and pay for schooling for her children. Before Bahati was in touch with The Congo Tree, she was struggling because she had no support to help her take care of her family.

With only a small amount of $30, Bahati has now transformed her activities of selling soya sorghum flour. Each week since her loan, she has successfully repaid $1 to the team of young leaders; she has only has 2 further payments to make to finished repaying her grant, and then she will be entirely autonomous to create her own funds.

In fact, Bahati no longer sells just flour, but she has successfully opened a little shop where she has begun to sell other things as well!

Bahati told us, “I am very proud to belong to such a big family of young people, despite being 43 years old. These young people are a role model to our community in Masisi because they have found solutions amongst themselves for serious community issues. For me, they responded to my needs to have my own enterprise.

I am also very proud to see that, despite everything we see in our area, there are young people who can deal with tribal conflicts and make one of the biggest problems in the area, poverty, a priority to resolve. Being a small place, I know that unity with one another will help us to combat poverty in Masisi. Group action unites us and makes us stronger.

I am very grateful to the organisation which has trained these young people because we are the direct fruit from their efforts and of the impact of the successfulness of the training. If only this could be taught throughout Masisi, we would have a strong generation of influential young people with the knowledge and wisdom to take charge of the different problems. Being an adult we are becoming old and frail, but if the young people are equipped to be capable of finding solutions, we will have huge success, which is what we are currently seeing with this group of young people. Once again, thank you for your work.” 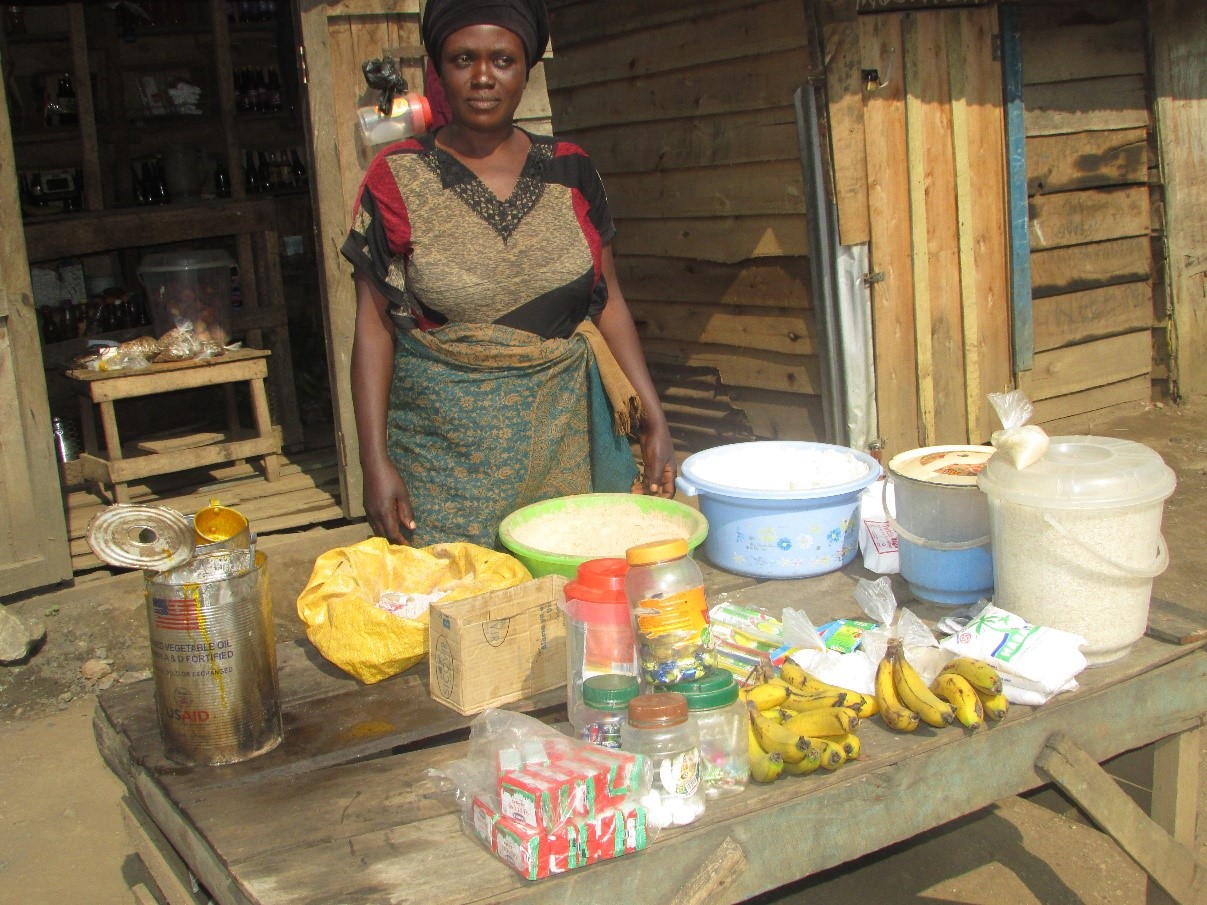 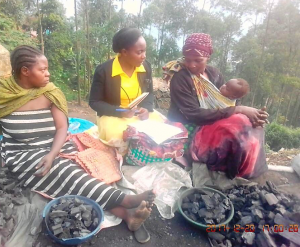 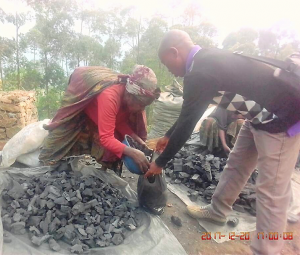 In much the same way as the flour project, the coal project, is aiming to establish self-sustaining work for vulnerable widows by giving them microloans.  The project began by choosing 5 women to receive $20 each. Each recipient must pay back 7% of their total income for a year, at which point they will be able to support themselves and be independent in their coal-selling business, whilst the money they have repaid can then be used to provide new microloans to more widows.