Amy and Heidi traveled with newly-trained The Congo Tree Facilitators, Reagan and Andy up into the mountains of Masisi, an area of the DR Congo where there has been intense fighting and displacement over the years. After a long and eventful journey they reached their destination, Masisi Centre, where they ran their 3-day young leaders programme with former child soldiers. Global Outreach Foundation (GOF), who have been supporting ex-child soldiers, who they call their Peacemakers, with their rehabilitation over the past 1-2 years, invited The Congo Tree to run their programme with some of their Peacemakers. Amy shares their story:

As we pulled up to our guest house, the young men aged 12 to 17, were all there eagerly waiting for us, some of them having walked for up to 3 hours to get there.  The first thing that struck me was just how young they were. I’ve read much about child soldiers and have encountered many active ones in DR Congo and Central African Republic, so I thought I knew what to expect, but I was surprised and overwhelmed at how much they really were just kids.

Each one of the young men had their own story, some were forcibly recruited and others joined under desperate circumstances, often times being orphaned and rejected by their extended family first. How they got into armed groups may have differed from one to the next, but one thing was consistent with them all, they have all seen and experienced unimaginable things and they therefore are all urgently in need of acceptance and love. They need to know that they are not a mistake, that it wasn’t their fault, that they are valued and that they have a purpose. When I thought of what they had been through, what they had been forced to do, what had been done to them, I would feel my heart breaking and had to choke back the tears because they didn’t really need my tears or pity, they needed hope.

We may have only had 3 days with them, but we were determined to make those days count.

Together we spent the next few days trying to create a ‘retreat’ atmosphere – which with no running water, no electricity, one shower for 20 people (with no door on it, not sure how that’s supposed to work!), squat toilets, rooms that are made of plastic sheeting and beds that smell of years of damp, was quite challenging. But for these guys it was great. They seemed so happy to have time away just for them and they ate like it was their last meal (seriously, I have no idea how they ate so much!).

During the days we ran our programme covering topics like communication, working in a team, giving encouragement, problem solving, leadership and much more. 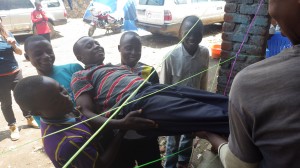 We had to constantly adapt our programme to make it as practical and interactive as possible because they were incredibly skilled at the practical.  For example, we would give them the same problem-solving activities that we give our older, more educated youth in Goma and they solved them quicker than we have ever seen! Amazing!

One of our favourite sessions was the session on encouragement. We talked about encouraging and appreciating one another, something they haven’t experienced much, and gave them the opportunity to practice by asking for volunteers to say a word of encouragement to someone else in the room. Slowly they stood one by one to say how they appreciated each other, giving examples such as having someone walk with them or wait to make sure they arrived okay. As they did this something shifted in the atmosphere as they began to realise the power of positive words. The smiles on the faces of the ones giving the positive word were almost bigger than the ones receiving them. At the end of it we asked them how they felt and the said ‘joyful’; it was an incredible thing to witness!

In the evenings we taught them how to play UNO (which was challenging enough with the language barriers let alone with some of them being colour blind!), and had a talent show which ended in them teaching Heidi and I how to dance a traditional local dance which involved a complicated combination of moving shoulders, hips and legs all at the same time. Heidi and I thought we were great, but their constant laughter at us might indicate otherwise! 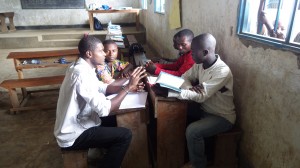 As part of the training we got them into smaller groups and asked them to think about how they could do something to serve and help their community. We asked them to design a project which could cost up to $50 and told them that if we thought it was a good idea then we would fund it. In other training sessions, proposals have usually been for small one-off activities, but these guys thought completely outside the box.

They each designed a project that would enable them to multiply their $50 so that they could do more with it. For example, one group came up with the idea of buying a pig, raising it and then selling the piglets, which would make a profit of $250 which could then be used to pay for school fees for the children in their village who couldn’t afford it. Each group came up with a creative, practical and relevant project that would benefit their community and earn them some income.

We were so excited at the end to tell them that we would finance each of their projects. Their reaction of jumping into the air and loudly cheering gave me goose bumps, because I could see that where $50 to us might mean a nice dinner out, $50 to them meant that somebody believed in them and somebody trusted them. 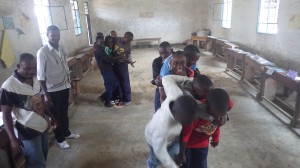 It was such a privilege for us to be part of the work that GOF is doing and to be able to encourage them, show them love and see their confidence grow. It was so hard saying goodbye, and Heidi and I have left a piece of our hearts in those mountains of Masisi but we are comforted in knowing that we have played some small role in their lives and that this weekend will be remembered as a time of joy and hope which they will carry with them back to their homes and villages. 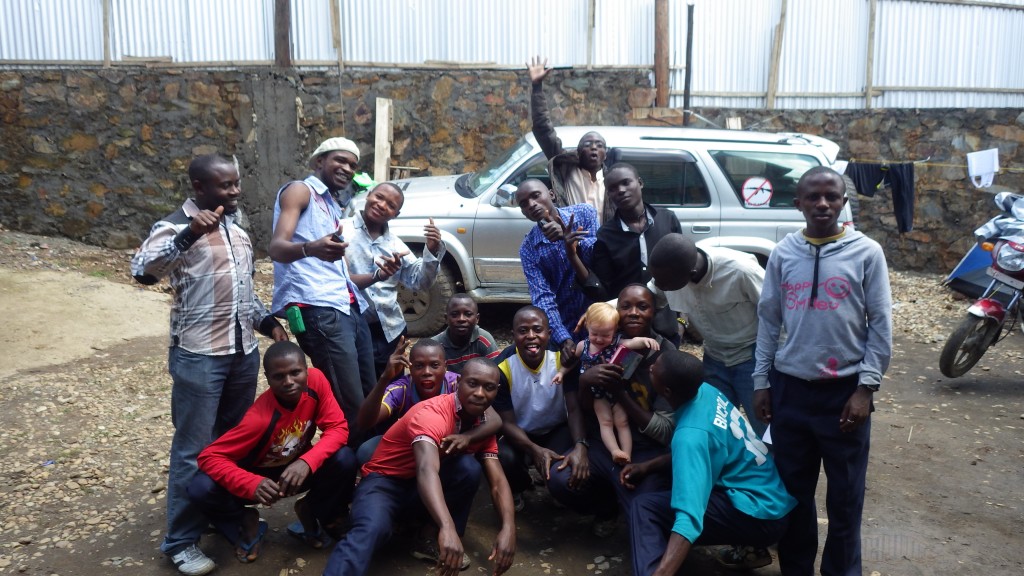